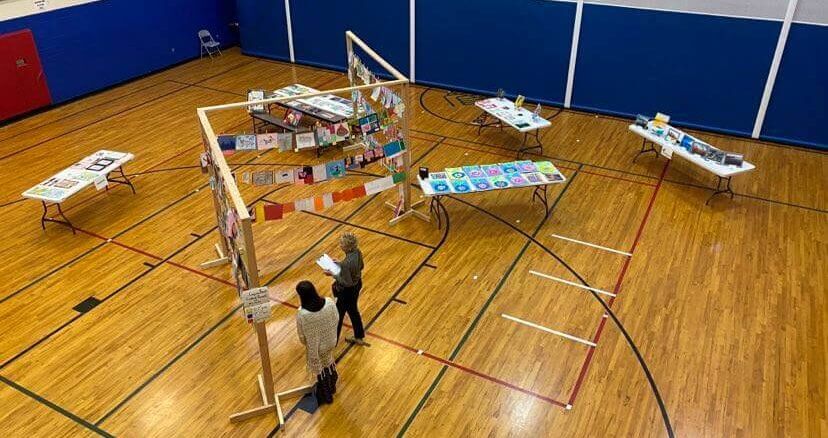 When kids express who they are through art, we stand in awe of their inspiring sense of imagination. Each artwork is more than a piece of paper with paint, but rather a glimpse into another world. One in which fantastic young minds re-imagine the ocean waters or create light and beauty in ways we never …

When rain puts a damper on our outdoor adventure plans, the Muddy Mountain Adventure Days hosted by the Bureau of Land Management, come to us. Our Club members were transported in time to historic hunting days. They imagined themselves with wings like a golden eagle and discovered life through the eyes of a paleontologist. ...

The Casper Police Department has a few super heroes on its force and their super power is their noses. They don’t wear a cape or a special insignia on their chests, but they can run at lightning speeds and sniff out danger in seconds. Meet K9 Patrick. He and his partner Officer Seth Wheeler of …

Kids who spend time in the pages of a book over the summer will likely be rewarded with a successful start to the school year. Boys & Girls Clubs of Central Wyoming members received an additional reward in the form of an end of the summer party hosted by McDonald’s. Children who read at least …

A world-class facility sits atop Casper Mountain that has already trained champions and Olympians after just a year in operation. The Casper Mountain Biathlon Club recently introduced this winter sport to youngsters at the Boys & Girls Club in Casper.  Rob Rosser, a Paralympic Nordic and Biathlon coach, Olympian, and three time North American Biathlon …

From the Ground to the Table

Fishing is a practice in patience. You have to be willing to sit and wait. And sometimes it means going home without a single bite. It’s a lesson members from the Verda James Club learned at a popular fishing hole in Casper. On a warm summer Tuesday, the Club bus pulled into the gravel parking …

The Boys & Girls Clubs of Central Wyoming has been awarded $1,500.00 by Staples Foundation, the private charitable arm of Staples, Inc., through a program called 2 Million & Change that allows Staples associates around the globe to direct more than $2 million in donations each year. “Generous support from Staples will be invested in academic …

16 May · BGCCW Communications · No Comments

Dig In with the Club

The east lawn of the Boys & Girls Clubs of Central Wyoming will be transformed into a gardener’s paradise. With the help of Harvest to Table Wyoming and the community, eight raised beds will be installed on Saturday, May 20 from 11 am – 5 pm. Club parents, supporters and community members are invited to …

Make Plans for the Best Summer Ever 2.0